Politics ruins everything, it seems like. Even pillow sales. Today, several retailers said they will stop carrying MyPillow pillow products. According to MyPillow CEO Mike Lindell, the actions are based on his right wing political views. This comes after years of supporting Trump and making the news for various right wing causes and controversial involvements, including a medicine he invested in that was said to be a cure for COVID.

Indeed, at the bottom of the MyPillow website there’s a disclaimer that reads, “MyPillow® is not a medical device and is not intended to diagnose, treat, mitigate or cure any disease”. It may be the only pillow to carry such a statement. We’ve certainly never seen that before!

Lindell has been especially vocal about how he believes Trump won the 2020 presidential election, despite no finding of fraud and after several recounts and 50 lawsuits. He’s also said to have met with Trump at the White House recently to discuss the election results.

And Lindell has been so vocal and public with his views, that he even become part of a defamation lawsuit from Dominion Voting Systems. On a talk show, Lindell blamed Sleeping Giants for the actions. Sleeping Giants has nothing to do with sleep, rather is a watchdog group who’s aim is to make bigotry and sexism unprofitable.

He’s even known to use controversial promo codes. After the Capitol riots, customers could use code ‘FightForTrump’ to get a discount on pillows.

At this time, Bed Bath & Beyond, Kohl’s, Wayfair, and HEB have stopped, or plan to stop, selling MyPillow’s products. Bed Bath & Beyond and Kohl’s recently said that the move is not politically motivated – but due to falling sales.

READ  MyPillow Puts 90% of Employees on Sewing Masks for Hospitals

We checked and found Bed Bath & Beyond is currently carrying MyPillow on their website. Kohl’s lists 2 of MyPillows pillows. Note we may earn a commission when you shop through our links.

Amazon still carries MyPillow (where you can get a pillow packaged with a book – Lindell’s autobiography), despite Amazon’s involvement in taking social network Parler. It was recently taken offline by Amazon, after failing to moderate extremism on the site. It was a place many Trump followers went to be able to discuss their views without being flagged for misinformation as they have been on Twitter and Facebook. Lindell joined Parler in March, according to a tweet from Lindell’s account.

Wayfair: We Dropped MyPillow Due to Online Pressure

Wayfair said they dropped MyPillow’s products after getting pressure online to stop carrying them. Currently, Wayfair has no MyPillow products on their website. However, the retailer is likely not fond of theories like this, after it found itself tied up in another conspiracy theory this summer. People questioned high price tags for pillows (like this down pillow, priced close to $1,000) and other household items and somehow linked it to names of children and child trafficking. They have denied those claims.

As a side note, high prices are nothing new for Wayfair and those haven’t gone away (they have products at many price ranges). The $1,000 pillow boasts a “920+fill power goose with a 360TC German cotton batiste that is coveted for its smoothness, delicacy, and lightweight.” But it’s got nothing on this down pillow that’s listed for almost $10,000!

Most expensive pillow on Wayfair?

This isn’t the first time Lindell has been controversial, even before he became known for his political views. According to Wikipedia, My Pillow, Inc. has been fined and has settled multiple lawsuits. These lawsuits range from false advertising to unsupported claims that its pillows could treat and cure diseases such as multiple sclerosis and cerebral palsy.

READ  Purple Tries to Keep up with Demand, Sells ‘Every Bed We Can Make’

Over time, Lindell seems to have become more well known for his political views than for his pillows though. Will this help or hurt his pillow business, we’re not clear. Trump supporters may buy MyPillow simply to show their support. Others may avoid the brand based on this bad news.

But according to Business Insider, MyPillow has benefitted from the partnership. SimilarWeb data showed the company’s website averaged 2.09 million monthly visits in 2020, an increase of 157.1% over the prior year. That puts MyPillow above such well-known brands like Sleep Number and Casper. It paid off handsomely, too according to estimates (since MyPillow is privately owned, they don’t disclose financial numbers). GlobalData estimates MyPillow brought in roughly $318.6 million in direct revenue from its website in 2019. That’s triple the analytics firm’s 2015 estimate of $104.8 million.

Would you be more or less likely to buy a MyPillow based on the company founder’s politics? Or does it matter to you? Let us know in the comments.

And if you are looking for the best pillows, check out our top picks here. 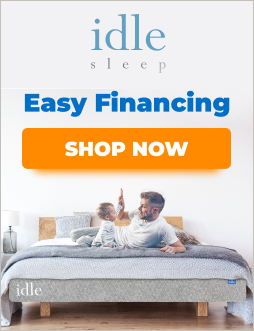